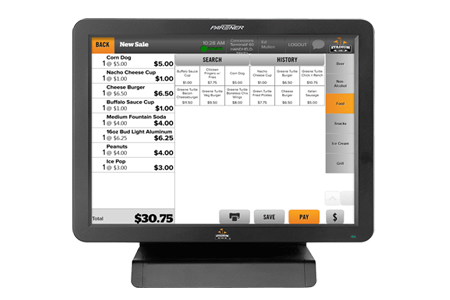 To have the most success selling POS, you should be building solutions that can help your customers generate revenue and reduce expenses, not just give them a glorified way to collect money. A great example of such solution selling can be seen with what ISV Stadium 1 Software is doing with its customers. The ISV creates software designed to help teams and stadiums maximize all revenue centers, drive fans back to their seats to give them a better experience, and give owners the information they need in real time, in one place. To see how this plays out, we can look at a recent installation the ISV set up for the Tennessee Smokies, the Double-A minor league affiliate of the Chicago Cubs.

Ed Mullen, VP of Stadium 1 Software, says the Smokies have a 7,000-seat stadium and were using 60 electronic cash registers prior to connecting with his team. The ECRs had no intelligence or value-added functions and they didn’t communicate with one another. Stadium One did a presentation and showed how its software could be used to handle the Smokies’ entire operation, from bringing in inventory, to having control of cash flow when the stadium opens, selling merchandise and concessions during games, and cashing out and heading to the bank. After the presentation, the ISV was awarded the project.

One of the benefits of the solution that interested the Smokies was the ability to do loaded tickets. Loaded tickets are similar to prepaid credit cards or gift cards, where there’s some amount of money “loaded” onto the ticket. These loaded tickets can then be used to buy items in the stadium. “We see that people often spend 30 percent more when they have a loaded ticket,” he says. “If there is a small amount remaining on the ticket the customer can easily purchase future tickets or merchandise.”

Another feature of the software is a built-in deal engine. Mullen says it’s common for a game to be going on, the concessions are cooking food, and before they know it, the game is almost over and they have a bunch of extra food. “As opposed to throwing out food, the deal engine can be used to adjust the price down and put an alert on the POS so the clerks can ask patrons if they’d like to buy the food at a discount, and alerts are also sent to users of the in-seat loyalty app,” he says. “This feature is able to diminish food and beverage waste by 10 percent. Multiply those savings over the course of approximately 70 home games and the money really adds up.”

The ISV also built in a time clock and scheduling component. This workforce management functionality is able to reduce employee expenses by 5 percent simply by preventing employees from clocking in earlier than they’re needed as well as provide employees the necessary tools to approve payroll and customize schedules.

Another aspect of the software that interested the customer was its flexibility. “Being a cloud-based system, menu changes can be rolled out in real time during games,” he says. “There are times when certain areas of the stadium can become very busy. A portable terminal being used in the suites could be redeployed to a busy concession area.” The menu can change with a few taps and then change back to the suite menu when the terminal is brought back. That same mobile unit can be used to collect parking payments before the game begins.

In addition to some of the aforementioned features and benefits, Mullen says the software also makes use of digital signage on the customer-facing display of each POS unit. These displays showcase local and national ads, as well as pointing customers to the team’s smartphone loyalty app. Additionally, there are QR codes embedded on all stadium advertisements throughout the park. This gives team sponsors the ability to track the effectiveness of their ad buys.

The loyalty app provides event goers with the ability to earn points redeemable for merchandise when they make purchases. “Whereas most teams only have a database of their season ticket holders, the app allows the team to collect info on individuals, building a database that can be used for marketing and engagement,” he explains. 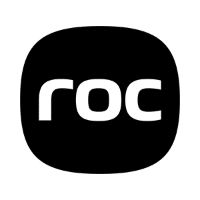 “As a sports management company we needed a POS company that has built a strong platform for hardware and software and is focused on all types of sporting venues. A solution that includes flexible software which can handle a vast array of sports teams, stadiums, arena venues and sports complexes.

After thoroughly researching the market we found Stadium 1 encompassed a comprehensive all in one platform with excellent report capabilities and a first class support staff. Implementing Stadium 1 has significantly contributed to our efficiency and a positive bottom line for all of our sports entities.”