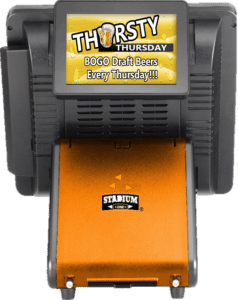 You’re proud of your ballpark operation, but nagged by the suspicion that you are not seeing the most from the bottom line. You can allay those fears by unlocking the value in your ballpark operations by uniting every element with a point-of-sale system (POS) from Stadium 1, the leader in ballpark management tools. Simply put, a ballpark POS system unlocks the value in your operations, taking your existing practices and generating additional revenue while reducing costs – contributing mightily toward your bottom line. And by using a single POS system to manage stadium operations, you can simplify management while at the same time monitoring all activity from every station. Simplified monitoring, more data, one platform: Stadium 1 is the tool for unlocking the value in your ballpark operations. Stadium 1 combines a robust POS system with back-end reporting tools, creating a powerful platform that serves fans quickly and tracks inventory accurately while increasing revenues and cutting down on expenses. In the first year, Stadium 1 can increase revenues by 22 percent the first year, while cutting costs as well. Here’s how, listed by department.

Built-in real-time dashboards, in-game revenue and expense analytics controls, check points, stand sheets, and detail reports, Stadium 1 can boost revenues while decreasing costs. The numbers are there: customers have seen a 14 percent increase in revenue, a 7 percent reduction in food waste thanks to inventory tracking, a 4 percent reduction in theft and a 17 increase in the merchandise sales.

The ability to upsell and add value for your customers is a prime way Stadium 1 functionality can unlock the value both of your ticketing platform and group-sales program. Again, the numbers are there: teams have seen a 100 percent increase in revenue when a team implements a loaded-tickets program.

A captive audience for marketing is a prime addition to your overall sponsorship offering, making it a new revenue channel for your team and a new form of advertising for your sponsor. This can result in thousands of dollars of new revenue for the team.

Perhaps the biggest value Stadium 1 can unlock: fan involvement. With the Stadium 1 Fan App, you can create revenue while while building a database. The Fan App, which lets you award points and run contests, will give fans more reasons to return game after game. What kind of contests can you run? For instance, you can offer a point system to go to batting practice on the field or enter a lottery to win a game jersey. Return business is always good business—and a great value to unlock. 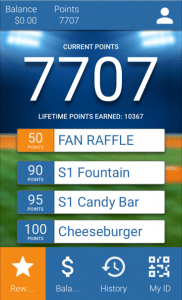 The Fan App is a creative way to sell more and involve your fans.

In summary: Stadium 1 unlocks the value of a stadium venue management system, with the ability to generate revenue and reduce expenses for fans, employees, sponsorships, and the management interaction around a stadium operation.

Stadium 1 was designed specifically for stadium operations, born online and created from the ground up with the most advanced cloud-based software programming technology tools, designed by a team owner with a world-class technology background. Stadium 1 exists in the market today with tools that can help teams increase revenues, reduce theft and waste. The integrated management suite links all departments into a real-time system so ownership can make more informed pre-game, in-game and post-game decisions based on integrated technology.

If you want more information on how Stadium 1 can solve your venue needs with an integrated management system complete with state-of-the-art POS terminals and the full line of Stadium 1 products and services, contact Ed Mullen at ed.mullen@stadium1.com or call 561-704-1414. 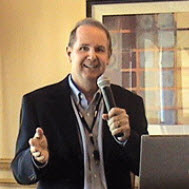 About the author — Ed Mullen is an invited nationally recognized speaker and author on sports technology. He performs educational seminars on connectivity solutions for stadium, arenas, sports complexes and college venues. He has managed and implemented over a billion dollars of technology into thousands of sports venues worldwide. His passion and understanding his client’s goals and objectives, enables Ed, and his team to develop, market, and implement these unique sets of SAS services. The results are meeting the needs of his customers, allowing them to maximize their full revenue potential. 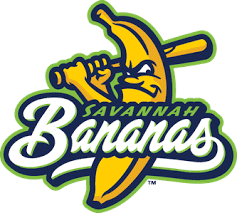 “With all the options for POS technology in the market, we chose Stadium 1 and have remained with them since our very first season.
We are thankful for their willingness to be available at all times to help keep Stadium 1 at peak performance.
We look forward to seeing continued innovation from Stadium 1 to help deliver the best experience for our fans and grow our business.”